Google I/O Collaboration of the Cosmos

Each year, Google I/O has a virtual scavenger hunt for developers as a teaser to get folks excited about their event. In early 2020, we created a collaborative puzzle that required a mass number of users to unlock the dates for this year's conference. I was a senior developer and technical lead on this project.

Cosmos aligned. We'll be back at Shoreline Amphitheatre in Mountain View for this year's #GoogleIO on May 12-14! pic.twitter.com/3bZqriaoi1

Date reveal and panning around canvas: 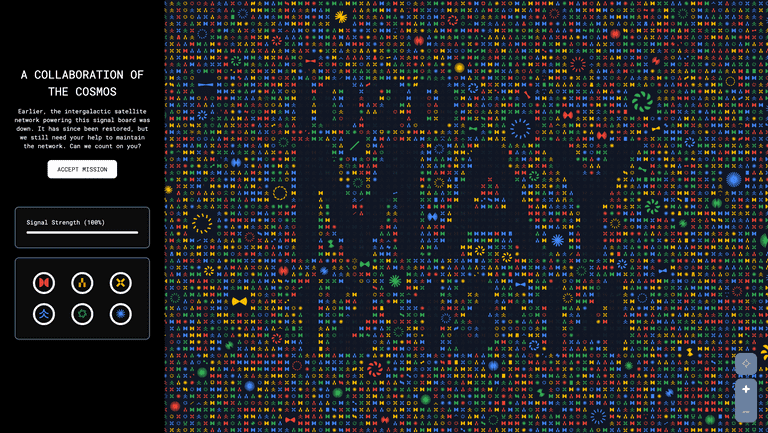 It took a lot of folks and groups to make this project happen: